Introduction to the poster remake 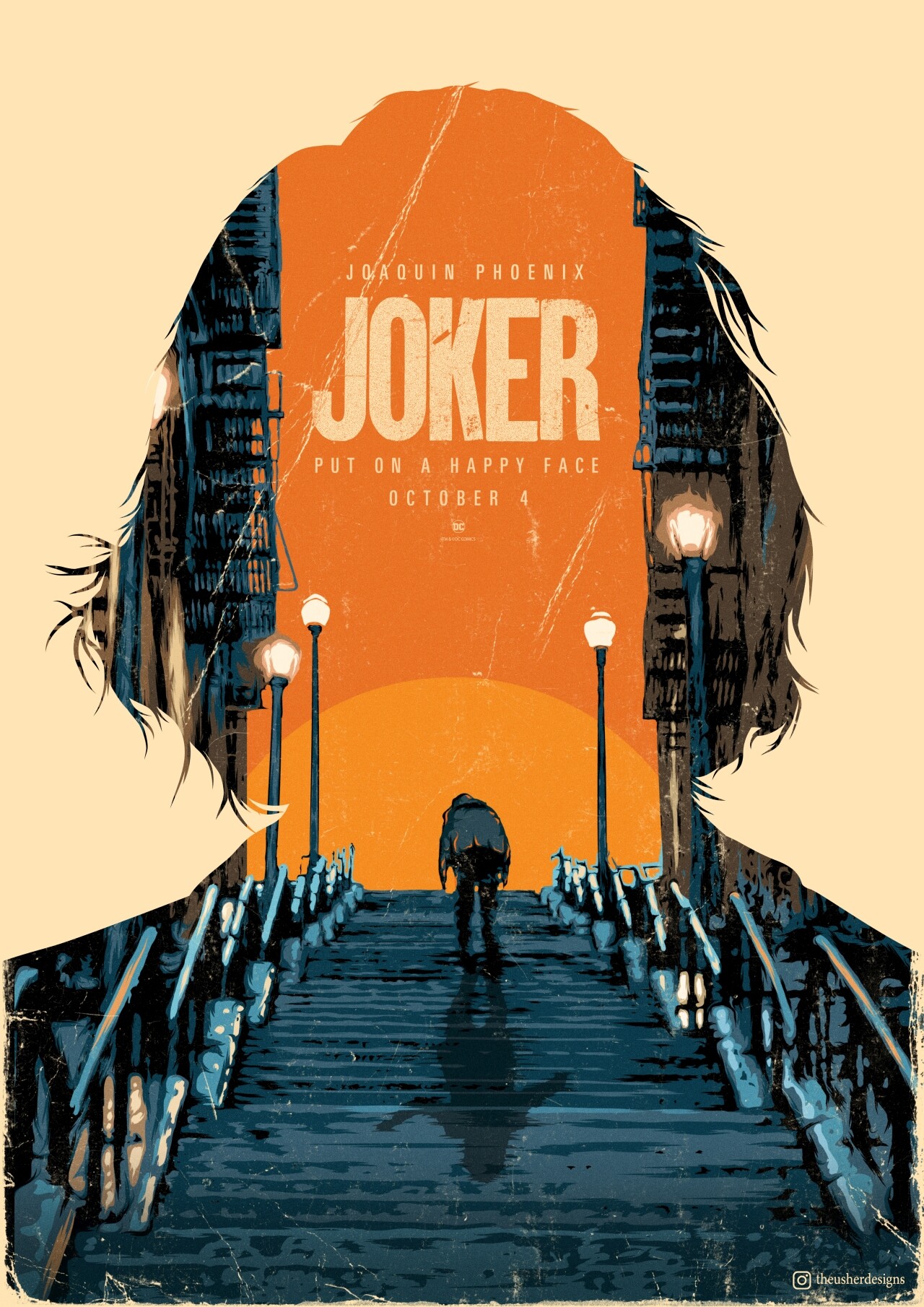 For this task I chose a poster by Sorin Ilie (Graphic Designer).This is an illustrated movie poster for the world-famous blockbuster "Joker" by Todd Phillips with Joaquin Phoenix in the lead role.

The original poster shows the legendary dance scene of the film, in which Arthur Fleck (Joaquin Phoenix) rises and exits like the phoenix from the ashes or from his sad victim role and changes dancing into his new life as a brutal and misunderstood "Joker".

For the implementation of the website I wanted to bring this scene to life by using a parllax scroll effect to slowly let the sun disappear behind the canyon and the stairs, thus reflecting the gloomy mood of the poster.

The idea was to stage the website as a kind of lead story or announcement or trailer for the film. The original poster works with a strong contrast of bright and oppressive colors and thus reflects the dark, threatening atmosphere that runs through the entire film. So it was important to me to use these color palettes as well. I also used the silhouette of the original poster.

Here you can see my concept for the website:

The idea behind the concept was that the viewer would be led down the stairs when scrolling and would receive information about the film, the story and characters or actors, as well as a small picture gallery and a trailer. The website ends at the foot of the stairs, in mountains of rubbish (also an important aspect of the film). For the final implementation, however, I decided (for reasons of time, among other things) to remove these "additional" components and only take over the elements contained on the original poster. Which resulted in a simple but expressive design.

I programmed the silhouette in the foreground in such a way that it recognizes whether the website is being viewed on a high or wide screen and adapts to the height and width of the page accordingly. City / stairs, sun and headline also adapt. The main difficulty was to program the individual elements so that they lie on top of each other and the sun, when scrolling, disappears between the background and the stairs. The silhouette in the foreground also turns out to be a hurdle, as two different silhouettes with different spacing to the browser window have to be loaded for use in high and wide screen.